The second year of the Euro Baseball Tour will take place next week in Třebíč. The opening ceremony is scheduled for Sunday at 6:00 pm at the local stadium of Na Hvězdá. “Almost two hundred players and thirty coaches from thirteen countries will participate in the tournament,” explained the main organizer of the event, Pavel Jozek. 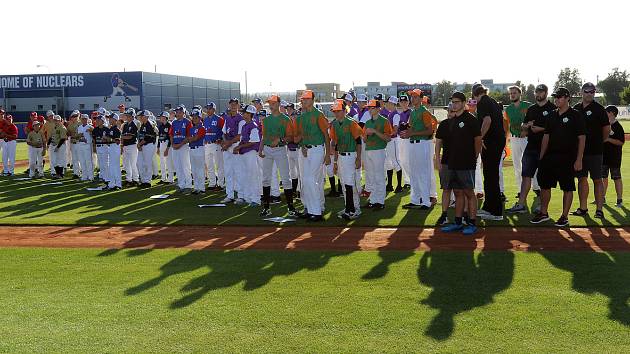 Seventy-seven registered players on seven teams participated in the first year of the Euro Baseball Tour last year in Třebíč. Almost two hundred players have signed up for the second year, and they will be divided into fifteen teams.

Young baseball players will practice and play tournaments in three age categories. The coaches drafted six participants for each team, the other names were distributed by the organizers.

Some interesting names appear among the coaches, including national team coaches and attractive representatives from other countries. “For example, the American Jake Rabinovitz, who works for the Czech under-15 national team, the head coach of the Czech student national team, Matouš Procházka, or the long-time member of the national selection, Jakub Sládek, will be careful. of players,” Jozek explained.

But there will also be young coaches from other countries. “For example, Arian Quirantes, a Cuban living in Austria, or Victor Araya Lemaire from Holland,” added Jozek.